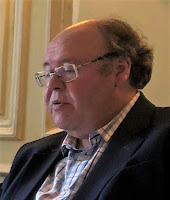 My name is Nicholas Kingsley. I was educated at St Paul's School in London and Keble College, Oxford and went on to train as an archivist in the world-famous Bodleian Library.  I spent 37 years as a professional archivist, and was Chairman of the National Council on Archives from 2001 to 2005, and Head of Archives Sector Development and Secretary of the Historical Manuscripts Commission at the National Archives from 2005 until I retired in May 2015.

Alongside my professional career I have also been an architectural historian of the country house. This is a passion nurtured at Oxford, where I was President of the University Architectural Society in 1977. Between 1989 and 2001 my three volume study of The country houses of Gloucestershire was published, and my distinctive contribution has been to put together the evidence for the history of country houses and landed estates that can be gleaned from family archives and genealogy with the evidence from the buildings themselves, to tell a richer narrative than any of these sources alone can provide. I am now embarked on this ambitious blog, which aims to tell the story of every landed family in the British Isles and their country houses. If I continue working hard until I am a centenarian I might just finish the job!

Since one big project is never enough, I am also involved as a Trustee and volunteer with the Victoria County History of England, which aims to tell the story of every English village and town, and I do some advisory work for the National Trust, which looks after so many of the country houses I care passionately about.

I have been married for over 40 years to my precious and special wife Mary, who mercifully tolerates my obsessions and collections, and even my cooking.