(215) Asquith of Mells Manor House, Earls of Oxford and Asquith

Many of the families which appear in this blog owed their wealth and social status to a single exceptional individual, whose successors have more or less successfully husbanded their inheritance. Some have at intervals produced men and women of ability who have augmented or reinvigorated the fortune or reputation of the family. But few indeed, especially in the last century, have so consistently produced an array of intellectual, literary, artistic, political and diplomatic talent as the Asquiths.

The story really begins with Herbert Henry Asquith (1852-1928), who came from a modest middle-class nonconformist background in Yorkshire and rose to the highest office in the land, being Prime Minister from 1908-16. Despite a successful practice at the Chancery bar and three decades at the forefront of British politics, Asquith was never personally wealthy, and although his second wife brought some money into the marriage and introduced him to more exalted social circles, in his later years both 'H.H.' and his wife found it helpful to write semi-professionally to supplement their income. After leaving office in 1916, Asquith initially turned down the offer an earldom, preferring to remain in the Commons and to continue as Leader of the Liberal Party, but he accepted the peerage when the offer was renewed in 1925. He wished to take 'Earl of Oxford' as his title, but the Harley family - who had had this title in earlier centuries - complained and a compromise was reached when his peerage was gazetted as 'Earl of Oxford and Asquith'.


The Asquiths lived modestly by the standards of the time, renting Archerfield House in East Lothian from 1907-11 and then building Wharf House at Sutton Courtenay (Berks, now Oxon) to the designs of Walter Cave in 1912, which remained their home for the rest of their lives. Asquith had five children by his first marriage and a further five by his second wife, Margot Tennant, although three of the latter died young.

His eldest son, Raymond Asquith (1878-1916) showed every sign of having a career as prominent and successful as his father, but the outbreak of the First World War saw him join the army rather than entering Parliament and in 1916 he was killed on the Somme. It was Raymond's marriage to Katharine Horner in 1907 which ultimately brought the Horners' home, Mells Manor House in Somerset, into the Asquith family.

The second son, Herbert ('Beb') was like his elder brother President of the Oxford Union, but pursued a literary career after the war rather than entering politics. Arthur, the third son, was a career soldier (and twice wounded during the war), while Cyril, who became a judge and ultimately one of the law lords, was an assiduous correspondent in The Times and sought diversion from severer disciplines in translating A.E. Housman's A Shropshire lad into Latin. The only daughter of Asquith's first marriage was Lady Violet, who married Sir Maurice Bonham Carter. Of all his children, she pursued the most political career, and in 1964 she became one of the first women appointed to the House of Lords when she was made a life peer as Baroness Asquith of Yarnbury.  The surviving children of the second marriage were Lady Elizabeth, who married the Romanian diplomat, Prince Antoine Bibesco, in 1919, and spent the rest of her life in Paris, Washington, Madrid and Romania while continuing to write fiction and poetry; and Anthony ("Puffin") Asquith (1902-68), who in the 1920s began a pioneering career as a British film director. Collectively, they were a glamorous and high-achieving family, who applied the intellectual ability of their father in diverse fields and were not shy of the social spotlight.

When 'H.H.' died on 15 February 1928 he was succeeded as 2nd Earl of Oxford & Asquith by his grandson, Julian Edward George Asquith (1916-2011), then a schoolboy at Ampleforth. The 2nd Earl's mother had converted to Roman Catholicism in 1923 and he and his siblings were brought up in that faith, which along with the intellectual and artistic interests so many members of the family have exhibited, has been a key part of their identity, and has given a particular character to their life at Mells Manor House. The 2nd Earl's mother (1885-1976) and his sister, Lady Helen Asquith (1908-2000) made Mells Manor House a hospitable centre for Catholic intellectuals, and numbered among their friends Monsignor Ronald Knox (1888-1957), who made his home at Mells for the last ten years of his life, and other prominent Catholic converts, including Evelyn Waugh (1903-66) and Siegfried Sassoon (1886-1967), who like Knox is buried in the churchyard. Another friend was Conrad Russell (1878-1947), whose deathbed conversion to Catholicism took place at Mells Manor House.

The Dowager Countess of Oxford and Asquith moved out of Mells Manor House in the 1960s, and the house was let to tenants while the 2nd Earl was serving overseas as a colonial administrator. By the early 1970s, Britain was running out of colonies to administer and he retired to Mells in 1975 "to cultivate my garden", both literally and metaphorically. The 2nd Earl never lost his intellectual curiosity, or his wide-ranging interests in politics, philosophy and religion, and he and his wife (d. 1998), maintained the reputation of Mells Manor for hospitality. Their two sons both became career diplomats, and their daughter, Lady Clare has sustained the family's literary tradition as a stalwart of The Spectator.

When the 2nd Earl died aged 94 in 2011 he was succeeded by his elder son, Raymond Benedict Bartholomew Michael Asquith (b. 1952), 3rd Earl of Oxford & Asquith, who with his wife has since restored the house. The present Lord Oxford, like his father and younger brother, was a career diplomat until 1997, when he went into the private sector. On inheriting the title he was rapidly elected to one of the seats in the House of Lords reserved for hereditary peers, where he sits as a Liberal Democrat. His wife, the author Clare Asquith, is noted chiefly for her book Shadowplay (2005), which claims Shakespeare was a crypto-Catholic, and which attracted praise and ridicule in almost equal measure. They have five children who show early promise of continuing the Asquith traditions of intellectual ability in diverse fields.


A largely 16th century single-pile house with five gables on each of the long sides, mullioned and transomed windows, and a canted bay on the west end. It appears fairly uniform, but is actually of at least three main periods. The earliest part, beneath the central gable, is of the later 15th century, when the manor belonged to Glastonbury Abbey. After the Dissolution, the Crown sold the estate to Thomas Horner, and the western end of the present house was perhaps built for his nephew, Sir John Horner, c.1550-70. This extension is marked by two slender polygonal buttresses with concave sides. A little later, c.1590-1600, the house was extended to the east for Thomas Horner, and then in the early 17th century there were further additions  to the north, which formed an H-plan. The 17th century additions were however dismantled in the second half of the 18th century when the Horner family migrated to the new house they had built in the park, which became known as Mells Park. In 1794 the Gentleman's Magazine said 'half the old house is mouldering in ruins; the rest is occupied by a farmer'. It was rescued from deeper dereliction when it became an Anglican training college for craftsmen in the mid 19th century: some of the stained glass produced here can be seen in the church.

In 1901 the Horners sold Mells Park and moved back to the Manor House, which was restored for them by Sir Edwin Lutyens in 1901-05, although additions and alterations continued into the 1920s. The parlour at the west end has a geometrical ceiling made c.1905 based on a lost ceiling of 1650 at Merchant's Barton, Frome (Somerset). The drawing room at the east end has an early 16th century fireplace with a big frieze of five quatrefoils containing shields and fleurons, brought from a house in the village in the 1920s, and also a 17th century ceiling with simple corner sprays which is perhaps also an import. To the east of the drawing room is a single-storey extension by Lutyens containing a music room and adjoining garden room of c.1922. This has a neo-Tudor facade on the entrance front to keep in keeping, but glazed round arches opening south onto a Tuscan pergola. Lutyens planned a wing running west from the north-west corner of the house, but this was never built and instead a low kitchen range was added to the south by Owen Little in 1912.

Since the 3rd Earl of Oxford & Asquith and his wife, the historian Clare Asquith, inherited the house in 2011, it has been gently and carefully restored while its romantic atmosphere has been carefully preserved. The restoration was celebrated by an account in Country Life in 2015, which was extensively illustrated with photographs of the interior.

Asquith, Raymond (1878-1916) of Mells Manor House. Eldest son of Herbert Henry Asquith (1852-1928), 1st Earl of Oxford & Asquith, and his first wife, Helen Kelsall, eldest daughter of Frederick Melland of Manchester, born 6 November 1878. Educated at Winchester, Balliol College, Oxford (where he was regarded as a brilliant Classical scholar, won three prizes and graduated with 1st class honours) and the Inner Temple (called to the bar, 1904). Fellow of All Souls College, Oxford, 1902. Barrister-at-law. A tall, handsome man, he was a member of "The Coterie", a group of Edwardian socialites and intellectuals, many of whom were the children of "The Souls". He was selected as Liberal candidate for Parliament in the Derby constituency, 1914, but on the outbreak of the First World War joined the London Regt. (2nd Lt., 1914) and later transferred to the Grenadier Guards (Lt., 1915). He was assigned to be a staff officer but his request to return to active duty was granted in 1916 just before the Battle of the Somme. He was shot in the chest while leading an assault on 15 September 1916, but famously lit a cigarette to hide the seriousness of his injuries, so that his men would continue the attack; he died while being carried back to British lines. After his death, his contemporary Winston Churchill wrote that he was 'so gifted and yet so devoid of personal ambition'. In 1923 his widow converted to Roman Catholicism and brought up her children in that faith; during her long widowhood she made Mells a centre for Catholic intellectuals, including most famously Monsignor Ronald Knox (1888-1957), who lived at Mells for the last ten years of his life and completed his translation of the Bible here. Raymond Asquith married, 25 July 1907, Katharine Frances (1885-1976), daughter of Sir John Horner KCVO of Mells (Somerset), and had issue:
(1) Lady Helen Frances Asquith (1908-2000), born 1908; educated at St Paul's Girls School and Somerville College, Oxford (BA 1930); granted rank of an earl's daughter, 1928; teacher and schools inspector in Wiltshire and Oxfordshire; trustee of Girls' Public Day Schools Trust; appointed OBE 1965 and awarded the papal medal Pro Ecclesia et Pontifice, 1989; died unmarried, 25 May 2000; will proved 13 September 2000;
(2) Lady Perdita Rose Mary Asquith (1910-96), born 1910; granted rank of an earl's daughter, 1928; suffered from acute depression; married, 14 January 1931, William George Hervey Jolliffe (1898-1967), 4th Baron Hylton and had issue two sons and one daughter; died 17 May 1996; will proved 11 October 1996;
(3) Sir Julian Edward George Asquith (1916-2011), 2nd Earl of Oxford and Asquith (q.v.).
His widow inherited Mells Manor House from her father in 1927.
He was killed in action at the Battle of the Somme, 15 September 1916, and buried in France, but he is commemorated by monuments in Amiens Cathedral (France) and in Mells church designed by Lutyens, with lettering by Eric Gill; administration of his goods (with will annexed) was granted to his widow 18 November 1916 (estate £3,189). His widow died 9 July 1976; her will was proved 14 January 1977 (estate £39,003). 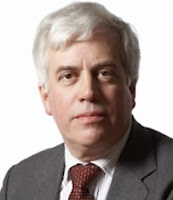 
Sable, on a fess between three cross-crosslets argent, a portcullis of the field.

Please leave a comment if you have any additional information or corrections to offer, or if you are able to help with additional images of the people or buildings in this post.